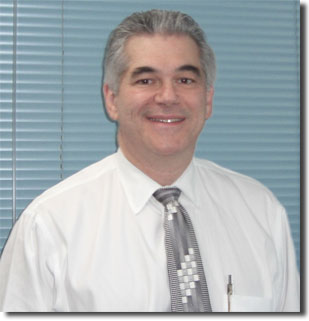 Dr. Bennett Siegel has been caring for families in Connecticut, Massachusetts, Rhode Island and New York for more than 35 years, providing natural health care in a warm and encouraging environment.

Originally raised in New York, just outside New York City, he began reading about vegetarian diets and nutrition while in high school. After graduating from New York University he moved west and studied naturopathy for a year. This gave him a postgraduate level introduction to homeopathy, nutrition and natural healing. At that time he became a macrobiotic vegetarian. “But I was too young and broke at the time, so I dropped out and moved to Florida”, he explained. After working in construction for a while he moved to New York, where he worked in business for several years. “While I was successful and could see a career path in the corporation I was working for, I just wasn’t satisfied. I never felt like I was doing enough for others.” So, he and his wife took their two infant sons and moved to Atlanta, Georgia to study chiropractic. Life Chiropractic College was the largest natural-health college in the world at the time, with excellent faculty and a great program in chiropractic, with additional classes in nutrition, diet, exercise, etc in addition to the science courses in Anatomy, Physiology, Biochemistry, Pathology, etc. In addition to working 2-3 jobs, studying the Bible and attending class, Dr. Siegel served as president of the student body, and then graduated with honors. Since then, he has taken numerous classes in biochemistry and nutrition, orthopedics, applied kinesiology, low level lasers, etc.

After graduation in 1980, Dr. Siegel moved his family up to Connecticut and opened Siegel Chiropractic Center on May 17, 1981. Because of his kind and concerned manner, and expertise in so many areas, his reputation grew, and patients came from all over the Northeast.

“One of my favorite patients to work with are the babies, because they respond so quickly to what we do for them. We can fix and prevent so many problems, and it’s a lot of fun too. The kids are always relieved when they find out there are no shots here, and they look forward to coming to the office “for their turns”. I also really enjoy treating the pregnant moms – there’s so little that they can take medically, and with all the stresses on their hips and lower back, and their changing nutritional needs, there’s such a need for the help we can give them. And we even get to help the babies before they’re born. We have a special technique to turn breech babies that’s very gentle and works 85-90% of the time, called the Webster technique, that I’ve worked with for years.

On the other hand, I also love the teens, the older ones, the athletes – I just love them all and love being a chiropractor and getting to help so many people with so many problems. It’s very fulfilling, and never gets boring.”

So, if you or your family are having health problems, and are looking for a compassionate doctor that will listen to you and explain in plain terms what’s going on, consider calling Siegel Chiropractic.